Let us get you in college!

SPOILER ALERT: If you aren’t caught up with Game of Thrones, you may want to stop here.

With the long awaited (and controversial) series finale upon us, we wanted to hear from Gen Z college students who they thought would ultimately sit on the Iron Throne and their feelings towards Season 8.

Barnes & Noble College polled college students nationwide, and here is what they had to say.

According to Gen Z, a Targaryen is going to take the throne, and it’s not Daenerys. 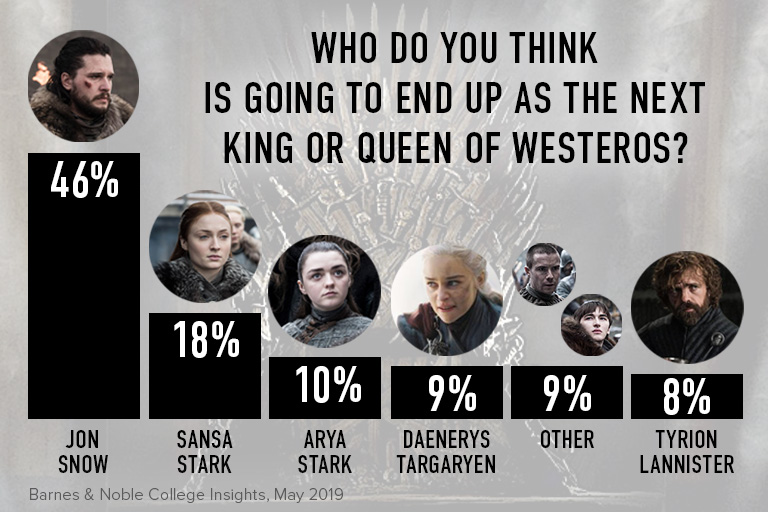 The character with the shortest air time receives the most love from Gen Z.

We asked “If you could bring back any deceased character from any season for the final episode of Season 8, which character would you choose?”

Ned Stark was the overwhelming response. 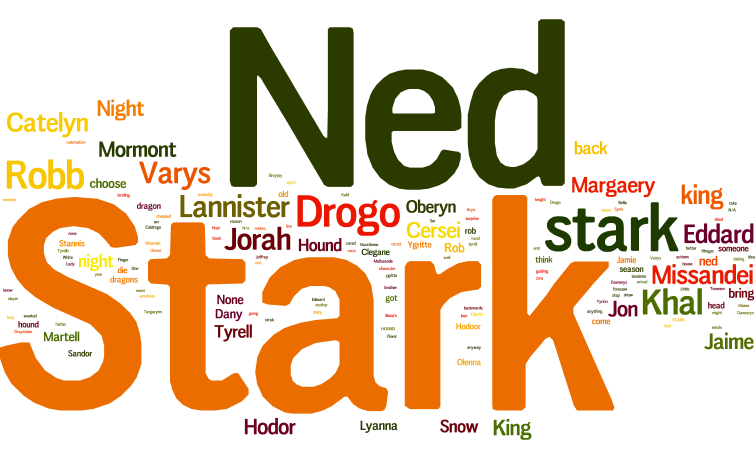 There has been much speculation as to how Game of Thrones will come to a close, but if Gen Z college students had their way, they would like to see justice served.

Here’s how they think it should end.

Despite a lot of negative backlash towards the final season, Gen Z college students seem to be enjoying what they’ve seen so far, with 59% saying they like or love it.

Game of Thrones’ series finale airs Sunday, May 19 at 9 pm on HBO.

Find out how you can tap into our Gen Z student insights panel of 15K diverse and articulate voices. Get in touch with us today.

ABOUT BARNES & NOBLE COLLEGE:
As the flagship business of Barnes & Noble Education (NYSE:BNED), Barnes & Noble College is the official bookstore and strategic partner on campus. We work with our brand partners to get them access to 11 million+ college students, parents, and alumni – at 770+ college campuses nationwide.

Located in the center of college life, our retail locations are a daily destination on campus. From creating social hubs to delivering seamless online experiences, our stores transcend the typical “bookstore” role by connecting authentically with students, parents, alumni, and college sports fans both in-store and online.

Create experiences that drive brand awareness and acquire new customers for your brand.